This week we cover: stereotypes of human behaviour can be used to assess evidence in sexual assault cases, alibi evidence and differing treatment of Defence eye-witness evidence, and a judge’s duty to resolve conflicting evidence regarding credibility.

AUTHOR’S NOTE: In this case the ABCA accepts that some stereotypes of human sexuality are impermissible in sexual assault cases (ie. The ones recognized in prior Supreme Court jurisprudence). However, the ABCA says that other than those specific ones, a court can consider any other stereotype they like.  Ultimately, the ABCA’s ruling upheld the judge using something this author would describe as “armchair psychology” to make a conclusion a about the effect of trauma on the specific victim resulting in an upholding of a conviction. That specific development is a concern for the administration of justice, but the flip side of the decision is that counsel are now permitted to make arguments that might have been questionable before this decision.

“The appellant appeals his convictions for sexual offences against a young girl. The complainant testified that the sexual activity occurred and she was believed by the trial judge. Her evidence was not contradicted by other evidence, and the issue was whether the Crown had proven the case beyond a reasonable doubt.” (Para 1)

“The appellant also argues that the trial judge relied on myths and stereotypes, pointing to the following single passage in the reasons:

The appellant argues that the complainant’s behaviour is equally consistent with either scenario, and this passage reflects impermissible reasoning based on stereotypes.” (Para 3)

Permissible Use of Stereotypes About Sexuality in Sexual Assault Cases

“Trial judges and juries are, however, entitled to use assumptions about the ordinary conduct of people in assessing credibility, and in assessing circumstantial evidence. ” (Para 5)

“Trial judges and juries, however, must invariably fall back on their common sense, and their acquired knowledge about human behaviour, in assessing the credibility and reliability of witnesses. For example, elusive factors such as “demeanor” might well be described as resting on stereotypes….. It is, however, not necessarily a reviewable error for a finder of fact to incorporate into the analysis “stereotypical” assumptions that might shed insight on the credibility and reliability of a witness. ” (Para 6)

“Assumptions about ordinary human behaviour are also routinely used to assess circumstantial evidence. As put in R. v. Villaroman, 2016 SCC 33 (S.C.C.) at para. 41, [2016] 1 S.C.R. 1000 (S.C.C.), circumstantial evidence must ultimately be “assessed in light of human experience….. It is also permissible for a trial judge to draw inferences based on whether explanations are inherently improbable given the conduct of ordinary people….. The probative value of a great deal of “after-the-fact” evidence, and “similar fact” evidence also rests in whole or in part on assumptions about how people generally behave. ” (Para 7)

“Permissible judicial assumptions about human conduct extend to assumptions about sexual behaviour. The Crown does not have to call an expert on human sexuality in every prosecution on the assumption that judges and juries are all cloistered virgins.” (Para 8)

“The comment by the trial judge that the complainant’s inability to express herself was more consistent with a traumatic event than fabrication does not rely on any legally impermissible inference, it does not inappropriately rely on stereotypes, and it does not reflect any reviewable error. ” (Para 9)

For the sake of ensuring this decision is not blatantly misused, the author reproduces the main types of SCC prohibited reasoning counsel cannot use in sexual assault cases:

AUTHOR’S NOTE: Special instructions that are appropriate to the assessment of certain types of Crown evidence are not always appropriate to the evidence advanced by the Defence.  One example is the idea that special care should be given to the assessment of evidence of a witness who has an interest in a matter.  An accused always has an interest in a matter, but the presumption of innocence protects them from that being invariably held against them.  Here, a defence of alibi was advanced, but the instruction tended to undermine to true test for alibi evidence with a caution to the jury to treat this evidence with special care due to the interest of the accused.  This was not appropriate.  Another example in this case was the an attempt by the trial judge to treat exculpatory defence eye-witness evidence with the same caution applied to eye-witness identification generally.

“The principal defence advanced by the appellant was an alibi: he and his 833 cellphone were alone together at the trap house in the Ridgeway Complex when the robbery and murder occurred. But this testimony also tended to implicate Agba, Palmer and Grant whom he indicated were the trio who borrowed Sconci’s vehicle to get them to the place where they planned to rip off a drug dealer.” (Para 133)

The trial judge instructed: “Mr. Vassel has given evidence that may tend to show that either Mr. David Grant or Mr. Agba was the shooter as he was not at the scene of the crime on the night in question. You should consider that testimony of Mr. Vassel with particular care because he may have been more concerned about protecting himself than about telling the truth.” (Para 136)

“The real problem with this instruction, however, is not with its proximity to a Vetrovec caution, but rather with its impact on the instruction on alibi and the jury’s consideration of the appellant’s testimony in support of alibi, his principal defence.” (Para 167)

“his alibi was that he was alone — along with his 833 phone — in the trap house when the robbery and shooting occurred.” (Para 168)

“In connection with his defence of alibi, the appellant was entitled to and received an instruction in accordance with R. v. Parrington (1985), 20 C.C.C. (3d) 184 (Ont. C.A.), at p. 187, clarifying for the jury that they need not believe the alibi evidence in order to acquit. But the jurors were also told that they were to approach that aspect of the alibi that had Grant and Agba leaving in Sconci’s car with “particular care”. In these circumstances, the inclusion of this reference had the effect of adding a level of scrutiny to the alibi evidence that was unwarranted and constitutes error.” (Para 169)

“The need for special care concerning the evidence of eyewitness identification arises because of the danger of wrongful  conviction.  That danger  does  not exist  where  the eyewitness  evidence  tends to  exculpate  an accused.  This situation might arise when a defence witness provides exculpatory evidence, or when a Crown witness’s failure to identify the accused tends to leave the trier of fact with reasonable doubt about the accused’s guilt.” (Para 187)

“Since  the  typical instruction  on  the frailties  of  eyewitness  identification  evidence may  leave  the jury  with  an erroneous  impression  about the  quality  of evidence  that  could leave  them  with a  reasonable  doubt, the  traditional instruction should be avoided.” (Para 188)

“The trial judge instructed the jury about the need for special care concerning eyewitness identification evidence. The need for special care arises in cases because of the danger of a wrongful conviction. But that danger does not exist where the eyewitness evidence tends to exculpate an accused. As Wristen teaches, this instruction should not have been given. If the jury were to be alerted at all to the specific features of the evidence in the case, it should have been made clear to them that:

i. they need not accept the defence evidence, but that it would be sufficient for acquittal that the evidence left them with a reasonable doubt about the appellant’s presence;

ii. the failure of Odeh and Hamwi to identify the appellant in the line-up should be considered along with the Alibi Evidence in determining whether the Crown had proven its case beyond a reasonable doubt; and

iii. the mere fact that the appellant fit the generic description the witnesses provided did not constitute evidence identifying the appellant as the shooter.” (Para 192)

AUTHOR’S NOTE: A trial judge must give sufficient reasons to enable appellate review.  Here the judge appears to have invoked the test in W(D), but then it became impossible for the Court of Appeal to determine if she actually applied it. This constituted sufficient error to merit a new trial.

Dick was convicted of sexually assaulting his former partner.  They both gave starkly different accounts of the sex. (Para 1)

“Although the pathway to the verdict must be discernible, a detailed description of the process of arrival  is unnecessary.  Nor, generally  speaking, is a discussion of all of the evidence or the arguments of counsel required. Nevertheless, where there is confused or contradictory evidence on a key issue such as the credibility of a complainant or the accused, it may be incumbent upon a judge to explain how he or she resolved the identified concerns arising from the confusion or contradiction in question. This is so because, in the absence of such an explanation, the reasons may not show why the judge decided as he or she did: Dinardo at paras. 27 — 32; Vuradin at para. 12.” (Para 24)

“Accordingly, where credibility is a live issue and the judge’s credibility finding is unarticulated or conclusory, an appellate court must decide whether the absence of explanation should be excused or whether it amounts to a legal error: S.J.D. at para. 26.” (Para 25)

“The judge referred to W. (D.) at the outset of her reasons, but it is not clear to me that she went on to apply it. While she described the competing accounts and assessed T.P.’s testimony as against other trial evidence on several significant and contentious points, she did not analyse Mr. Dick’s testimony on the same points in the same way. For example, as noted, at trial Crown counsel argued that T.P.’s injuries were consistent with her account alone and defence counsel argued they were more consistent with Mr. Dick’s account than with T.P.’s account. Rather than grappling with and resolving the issue, and contrary to Crown counsel’s submission on appeal, the judge found only that T.P.’s injuries were consistent with her account and did not go on to assess whether they were consistent or inconsistent with Mr. Dick’s account.” (Para 29)

“The verdict is not unreasonable. However, Mr. Dick’s testimony was not so inherently implausible that it was incapable of raising a reasonable doubt in the context of evidence and the live issues at trial. In my view, in the absence of any analysis of its key aspects on those issues, it is unclear if the judge seized the substance of the matter and, in convicting him, properly applied the burden of proof and the principles underlying W.(D.). Accordingly, in my view, the reasons do not permit meaningful appellate review” (Para 31)

About the Author: Pawel Milczarek

Pawel is a partner at Sitar & Milczarek. When he's not litigating he writes the Defence Toolkit blog. 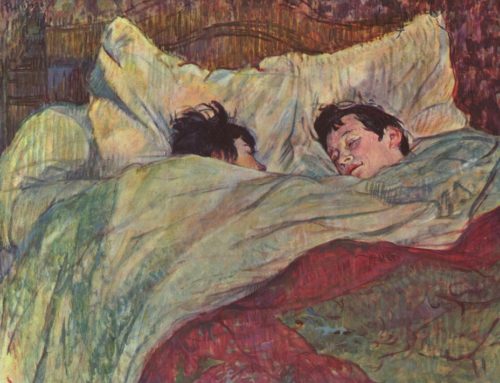 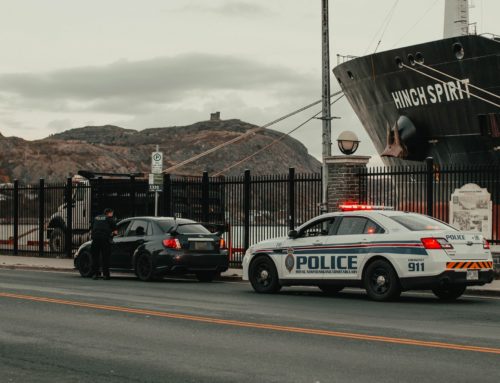 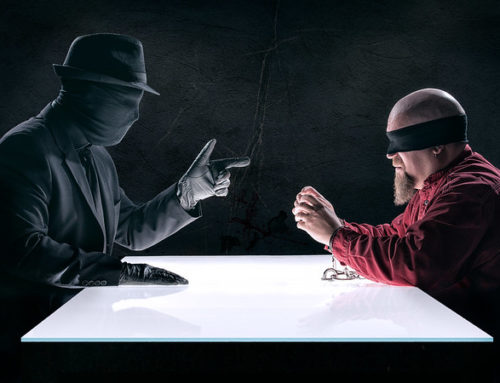 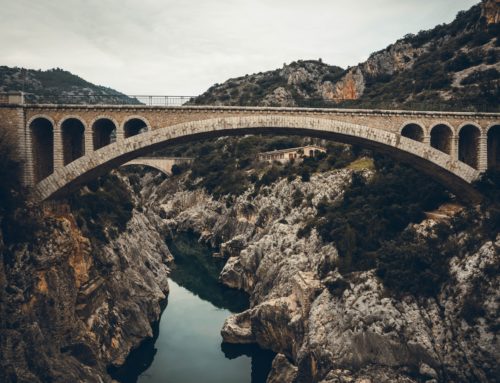